On the most important and representative model of Nissan, the Qashqai, which effectively invented the crossover sector, one of the most unprecedented technical solutions in recent years is about to arrive, the e-Power which, after its debut in Japan in 2017 , is arriving in Europe. in an updated version to meet the needs of users from the Old Continent. Two engines, 190 HP of electricity and 330 Nm of torque driving the wheels of the car and a 1,500 cc 158 HP cylinder gasoline engine generating electricity in the battery. These are the features of e-Power, the all-new hybrid that goes on sale from October under the bonnet of the Nissan Qashqai.

The third series of Nissan Qashqai shows angular lines in line with the stylistic language of the latest models of the Japanese company affiliated with the Renault group.

It is, for all intents and purposes, a technology approved by a Japanese brand that aims to combine the silence of an electric car with the convenience of a gasoline car since you fill up at a gas station and not from a range. Not to mention the contribution of the system in terms of average consumption which, in fact, during the first driving test recorded an average distance of more than 20 kilometers per liter. Technically, the gasoline engine is a kind of range extender, the best solution to make electric vehicles safer in terms of autonomy, but it is considered by manufacturers to be an unnecessary addition given that the energy transition is towards clean electricity. Compared to a traditional engine, the Qashqai e-Power being essentially electric kicks in gradually thanks to the torque available from zero rpm so that the thrust is complete and linear. The sound insulation of the petrol unit is amazing despite being a 3 cylinder and even the rotation of the tires does not cause any disturbance.

On board we see efforts to provide digital technologies suitable for modern times such as the NissanConnect system with a 12.3” screen, however it is only available on the top version, in others there is a valid 9″ with Android Auto and Apple CarPlay.

Quality also goes to the built-in loudspeakers that transmit real frequencies that are opposite to those produced by the engine which therefore cancel each other out for the benefit of driving comfort. To all this is added the good work of the shock absorbers and on the set-up in general which, having a long journey, takes the severity of the road in a controlled way. Not to mention the efficient and systematic helpers in the intervention who also make their contribution. Behind the steering wheel there are no paddles for changing gears since the Qashqai e-Power does not have a gearbox or for controlling the size of the engine brake, with the latter being adjusted to three levels with an intervention from the stalk to the center of the tunnel. which, if set to B, helps to recover energy without penalizing the speed too much or by setting the so-called single-pedal driving. In theory, this technology could make it possible not to use the brakes to slow down by simply dosing the accelerator pedal.

However, this is only true up to a certain point as when you release the pedal, the e-Pedal slows the car down but without stopping it completely. The new Qashqai e-Power can already be ordered at a price from 36,270 euros, 1,800 more than the hybrid gasoline version with the same equipment, which for e-Power is 5: Acenta, Business, N-Connecta, Tekna and Teckna+ and the price difference between the base and above the range of around 9 thousand euros. The e-Power hybrid can benefit from free parking on the blue lines and by accessing restricted traffic areas according to the directives of various Italian cities. 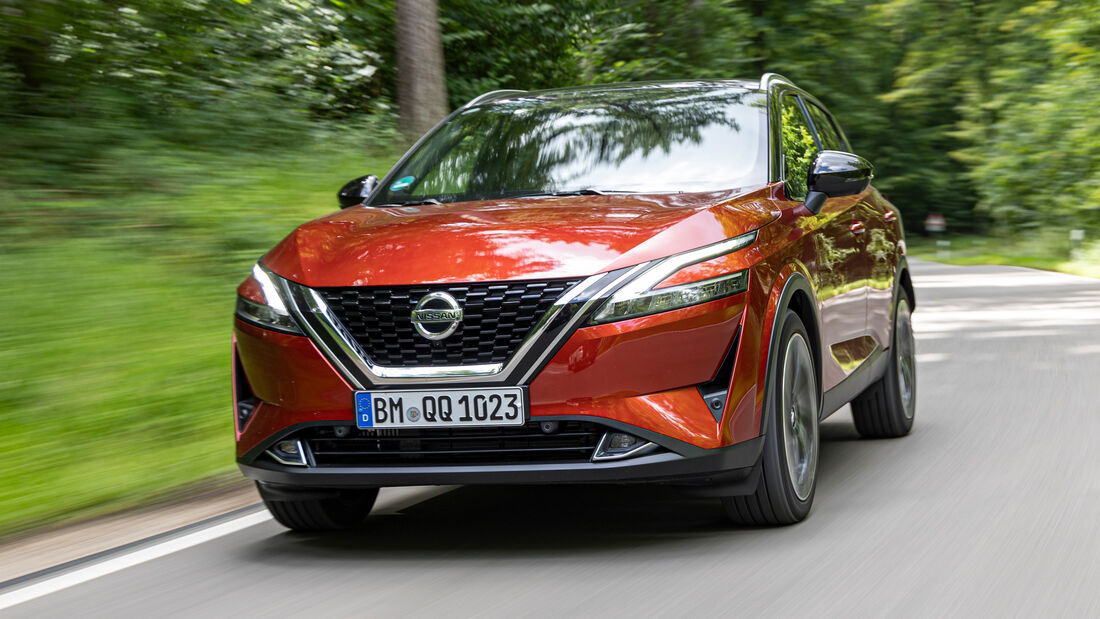 Nissan Qashqai MHEV 158 HP road test: how does it do?

Nissan on the new hybrid Juke: in the city goes electric up to 80 percent of the time.