It is located in a very large residence in Switzerland, which was, for many years, one of the most amazing collections of classic Bugatti. It is here that the cars, which have not been restored, have been the subject of great attention and detailed research. Today, this collection, lovingly built over decades by Hans Matti, has found a new guardian to take care of it. And for their first trip, the new owner took these cars to Château Saint Jean – the birthplace of Bugatti Automobiles – in Molsheim.

Back “to the roots”, close to where they were built: a great way to start a new chapter for these cars. Hans Matti dedicated his life to this collection, collecting original photos, newspaper articles, books and official factory documents related to these cars. He didn’t just collect them, he also studied their history in detail because the man who is now in charge of the Bugatti Club Suisse membership is also one of the world’s top Bugatti Grand Prix experts.

His extraordinary collection consists mainly of the Bugatti Type 51 – an example considered today to be as close as possible to its original condition, the Type 37A – the amazingly preserved, False Type 49 Cabriolet with a short chassis and whose bodywork was signed Jean Bugatti – the last surviving examples in the world, Type 35B and Type 35A – with only the Type 36 engine, gearbox and rear axle, surviving. It is not difficult to understand how painful it was for Hans Matti to get rid of this collection, a unique, lifelong collection. The negotiations for the acquisition of these cars took no less than two and a half years, even involving Caroline Bugatti – the granddaughter of Ettore Bugatti – in the negotiations. 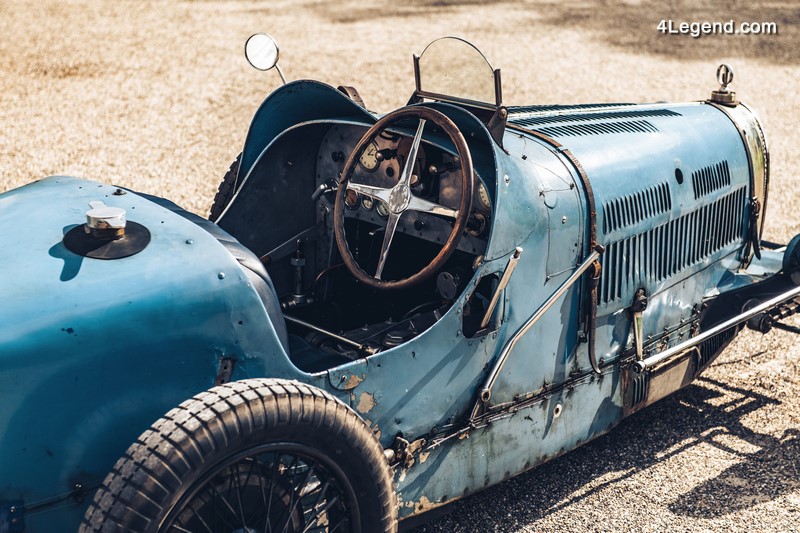 The Type 51 – a works car dedicated to Grand Prix racing – has not undergone any repairs or repaints and still bears the marks of nine decades of passion for sports and cars. A testament to the original skills of Ettore Bugatti’s team, it proudly displays the impact of every chapter of his life. The Type 49, on the other hand, was one of Jean Bugatti’s personal cars, as evidenced by the initials ‘JB’ on the doors as well as several period photos showing Jean with this car. It is very rare to find a Type 49 whose body was designed and built in a factory like this one. Furthermore, no other Type 49 has this unique Faux Cabriolet function. Most remarkably, these two cars – the Type 51 and the Type 49 – shared the same transport vehicle before they were delivered to their first owners. Their reunion within this collection marks the end of a chapter that began in the 1930s.

Type 51 from this collection began life as Type 35B – one of the very last cars built – a factory Grand Prix car, driven at the time by Louis Chiron, after whom the car was named. The latest Bugatti car. When Bugatti tried to replace the Type 35 – known for being the most successful racing car in automotive history – the manufacturer designed a new twin-cam engine, along with a new car to welcome it: the Type 51. This car then became one of the very first engines number 1 and driven by Achille Varzi, and other modern motorsport heroes. Even today, Varzi is so admired by Bugatti that to celebrate the brand’s 100th anniversary, a special edition Veyron “Achille Varzi” has been launched. Appearing in Monaco, Monza, but also in the Targa Florio and many other races, the car shows an impressive pedigree. Another important link between the different cars in the collection: the factory Grand Prix engine that was previously in this Type 35B was transferred by the factory to another Type 35B in the same collection, while the Type 35B with the new engine was sold under new. name

One of the most defined circuits of the early era of motor racing was France’s Circuit de Montlhéry, famous for its curves but also for its incredibly bumpy surface. Bugatti’s meticulous engineering approach led the brand to create a new model to compete in Montlhéry: the Type 36. With a rigid rear axle, it was designed to cope with the harsh conditions of this unique circuit. Two variants were produced and the final model featured a supercharger – becoming what many believe to be the very first supercharged Bugatti. But their racing career was short-lived and the only two Type 36s ever built were destroyed. What remains is their engine, their gearbox and the rear axle of one of the two cars that we find today under the bonnet of the Type 35A in this collection. Once again, this is a unique piece of Bugatti history.

Also in the collection: the Type 37A, which is part of a long line – probably started by the Type 36 – of Bugatti supercars. This car has also been strictly preserved in its original condition and has the original serial numbers. Its long history, which includes a very long racing history, has been traced right back to its first owner in 1929. Even today, the Type 37A continues to race. The Type 37, which entered the cart category, was already considered by its pilots as a serious contender for victory, and the addition of a supercharger to the four-cylinder engine – making it the Type 37A – made it possible to drive faster. over 193 km/h, against 144 km/h before. At Bugatti, only 76 cars were fitted with a supercharger and they raced in the 24 Hours of Le Mans, Mille Miglia, Targa Florio and many others. 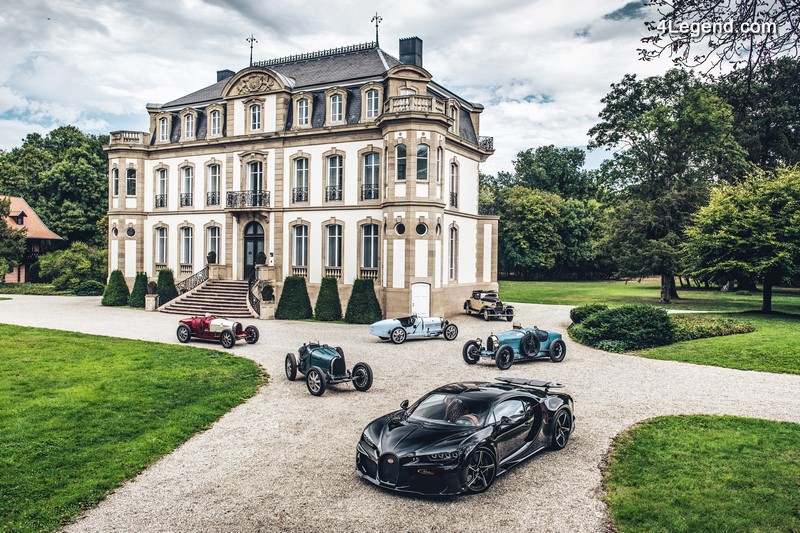 The cars in this unique collection are now entering their third era after the one they lived with their first owners and the one in which they benefited from the good care of Hans Matti. From now on, they will be preserved in their original state, without restoration, as unique pieces of Bugatti history. When they arrived at Château Saint Jean – the residence found by Ettore Bugatti who wanted a place worthy of the name to welcome his customers, who still share in the brand’s legend – it was as if the cars had never left. place. The Château is steeped in history, rich with almost a century of Bugatti heritage.

Christophe Piochon, President of Bugatti Automobiles, said: “Bugatti, as a brand, continues to draw inspiration from the ideas of its founder. For Ettore, the most important thing about Bugatti was that it was incomparable. It had to be one of a kind. Nothing could bring us closer to Ettore’s vision than seeing his creations in the same condition as when they left the factory with original rivets and paint, but above all the same high-quality engineering that defined all his cars and ultimately made them successful. This collection of cars and the stories they tell are truly precious, and we are honored to be able to welcome to the birthplace of Bugatti Automobiles. As we stand at the dawn of a new era, it is pioneering designs like these that will continue to inspire us. » 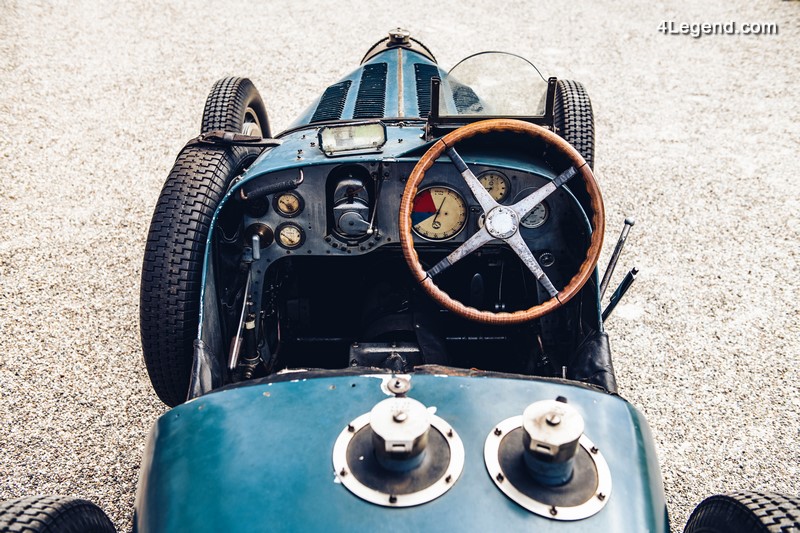 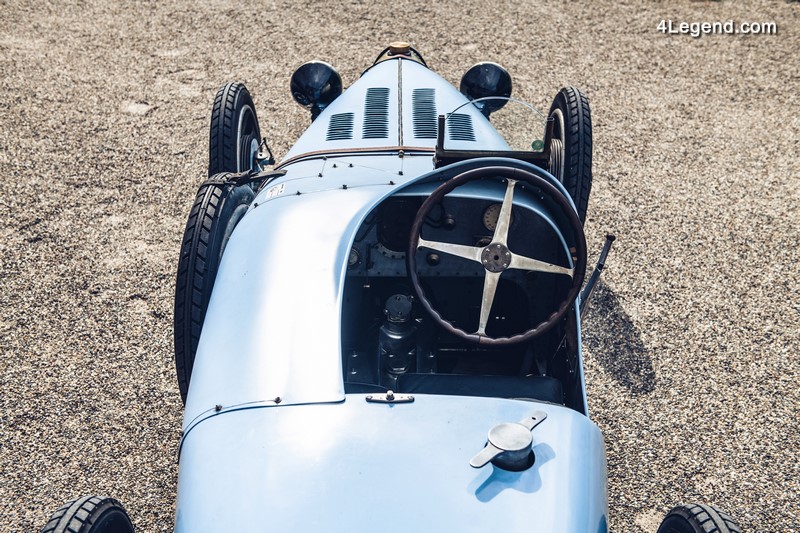 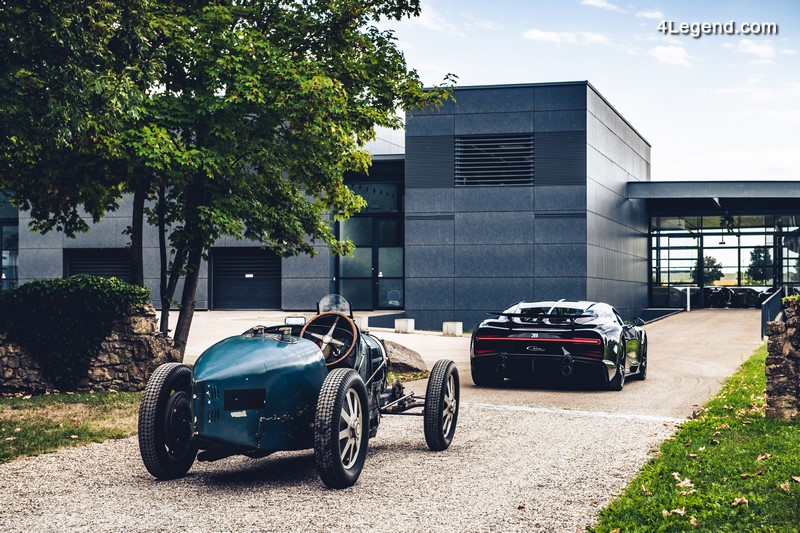 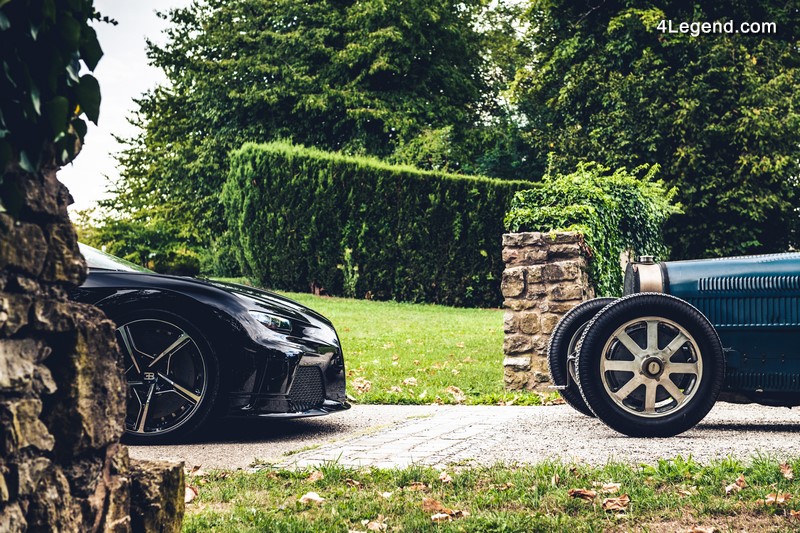 A collection of five historic cars is coming home

Back to the basics for key witnesses to Bugatti’s history

Bugatti Chiron Pur Sport: the dream is now within reach

Bugatti Chiron Pur Sport: the dream is now within reach

Do you know the story of his yellow and black?

do you know his black and yellow story?

do you know his black and yellow story?

Bugatti, Koenigsegg & Co.: These cars are rare birds that moved to Switzerland in 2022

Crash on F-35B during test flight

here is a gift after saying goodbye to Manchester

here is a LEGO Technic version of the track hypercar [FOTO]

special edition and design, limited to one copy