A symbol of America in the same way as the hamburger or the Statue of Liberty, the pick-up is however also on the way to electrify. And one of the current leaders of the movement is the Electric Ford F150 that Maxime Fontanier had the opportunity to test without crossing the Atlantic.

The flagship model of the brand with a blue oval, the Ford F150 has been the best-selling car in the United States for many years. Suffice it to say that the arrival of the Electric, its 100% electric version, is a big event, a cultural revolution in the V8 world and a big lever to reduce CO2 emissions from the volume sold.

A battery with a terrible capacity!

Two four-wheel drive versions are offered, with the entry-level already offering 458 hp and a 98 kWh battery. But it is with the wheel of the frame that our citizen Maxime Fontanier has set himself, giving 589 hp and about a little 1,050 Nm, a very impressive figure for a utility vehicle that has to move heavy loads every day in its area. tipper and towing trailers. To power this pair of motors, the F150 can count on a battery with an incredible capacity of 131 kWh! Using LFP (Lithium Iron Phosphate) technology, it is produced by China’s CATL, but will soon be produced on US soil to meet the latest transatlantic regulations.

If its dimensions are in the standards of its native country, it is the largest in the Old Continent with a length of 5.91 m, 2.03 m wide and 1.98 m high. Of course, in a Lift up, the most important thing is the dumpster and Maxime looks like a child next to him despite his 1.77 m! To find it, nothing could be easier, the button allows you to lower the tailgate which, once balanced, turns into a work surface and even enters the steps. This gives access to a load of up to 885 kg and a very respectable volume of 1,495 litres, all housed in a fully protected undercarriage so as not to damage the car. Ford also could not ignore the V2L and offers a total of three sockets, one of 7.4 kW and two of 2.4 kW, for power tools for example.

The line of Ford F150 Electric it remains in the purest style of pickup, but inherits a special front face, surrounded by a line of LEDs, sporting a full grille and hiding the frunk! The hood lifts electrically to reveal an additional 400 liters of volume, so large that Maxime can sit comfortably there and still have access to charging sockets.

In the passenger compartment, the place is royal thanks to the rear thanks to its large wheel, there are three real seats without a transmission tunnel, and good light provided by large windows with a sunroof, and, again, stores are available. If endurance must be limited by the very nature of the pick-up, all is well thought out with the base of the seat that climb to take advantage of the flat floor and, icing on the cake, conserve water.

Up front, the Maxime feels like you’re driving a truck when you’re dominating the road, but the comfort is on par with that of a sedan as the upholstery is good with good support.

Colossus does not really have feet of clay

After a few figures on the grass with this beast weighing 3,109 kg, Maxime begins the road circuit of CERAM, in Mortefontaine, by directly selecting Sport mode, true to his character. It is obvious that it is not a machine made for it, but it is clear that the speed is amazing, with 0 to 100 km / h announced in 4.1 s, which can be closed with the power to restore power to the e-Pedal, the driving mode allows you to do without breaking completely to a standstill. The steering is overdrive, but under that use and the suspension, unlike the acceleration, is very smooth. They use a mix of yesterday and today, saloon and utility, with independent front and rear axles as well as springs / shock absorbers, all however mounted on a separate chassis with an aluminum hub sitting on a steel cradle. It takes a roll and stops under braking, but we still have good body support. And always with this surreal punch at the end of the live that takes Maxime’s breath away! Taking advantage of being on a closed road to anger the beast, he is very generous with his right foot on the long bend, producing a low downslope that is quickly tempered by ESP. The passage on the tarmac shows good shock absorption and little furniture noise.

Descending, once the e-Pedal is switched off, Maxime sees a near-perfect wheel, with only a slight rebound, what is needed to ensure a minimum level of safety in a machine of such mass.

In terms of autonomy, the Ford F150 is offered for more than 500 km on paper, which actually translates to 380 km in mixed use and it is very clear on the highway and the front face of the Norman cabinet.

Charging in question, the Electricity comes from 150 kW, which is not great at all and even more so when you have a battery of such capacity. So it will take about forty minutes to go from 15 to 80%.

Let’s finish with the price. There is no European price since there are currently no plans to import, but, at home, the variety spreads a little between the same for 50,000 and 100,000 euro dollars, which is more than a warm model. However, it is expected that with mass production will come economies of scale to reduce costs. 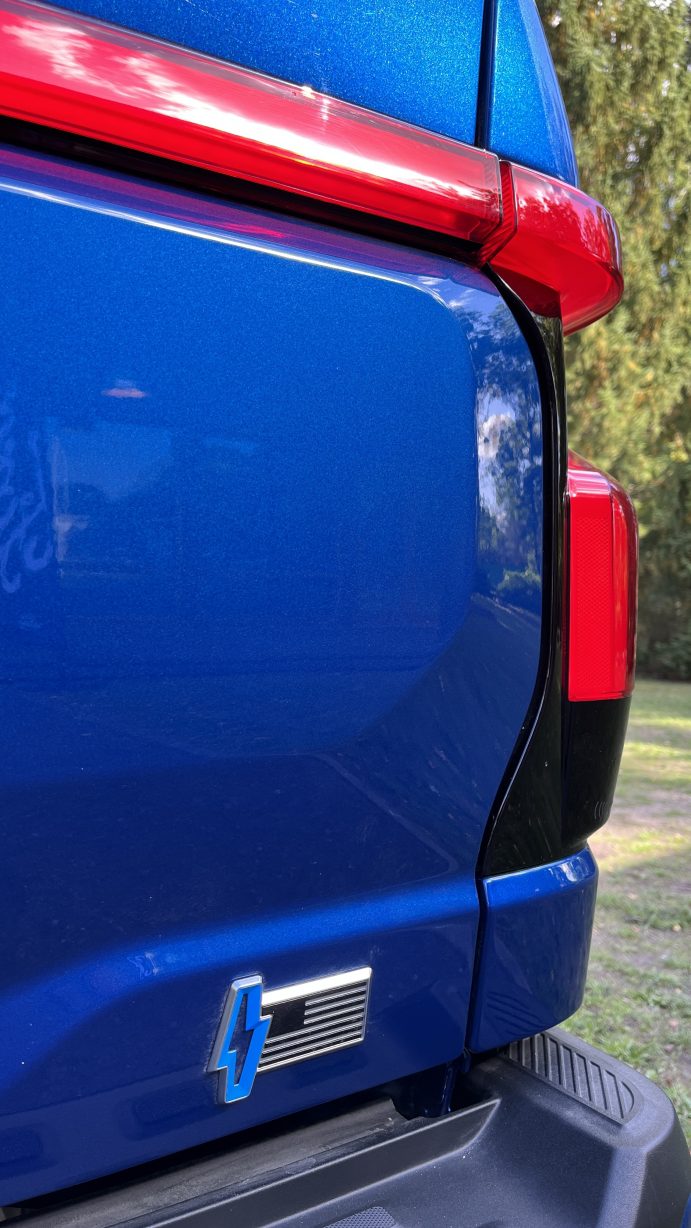 Ford Ranger Raptor: the 291 HP sports variant is shown for the first time in Italy

Manga releases of the week #13

Manga releases of the week #13