Best races of 2022: F1.com asked fans to vote for their favorite races of the year just ended, here are their picks.

Carlos Sainz won thanks to a safety car at the end of the race caused by Esteban Ocon, who retired due to technical problems. Sainz, second, attacked teammate Charles Leclerc, the leader at the time with an old tire against Sainz’s new reds.

All was well in the final laps, with Perez dropping to sixteenth after a stop where he changed wings following contact with Leclerc, who attacked Hamilton and Leclerc to take second.

Hamilton had the crowd dreaming of a merciless battle with Leclerc to take third, with Charles finishing the race in fourth.

The start of the race was very good, Alfa Romeo’s Zhou Guanyu and Williams’ Alex Albon were both taken to the medical center after crashes in Turn 1. The drivers are fine. In a crash on the first lap the following retired: Zhou, Albon and Russell.

Fifth place for the Alpine of Fernando Alonso ahead of the McLaren of Lando Norris.

Championship leader Max Verstappen could only take seventh place, the world leader had problems with his Red Bull where a piece came off the back of the car. Mick Schumacher takes eighth place and scores his first points in F1.

F1 – Leclerc’s method: this is what Ferrari needs to get back to the top

F1 – The value of a driver: that essential combination of talent and adaptability

Five of the most memorable F1 performances of 2022

2023: motoring events not to be missed

Ferrari, Leclerc was upset by his colleague: a surprising push arrives 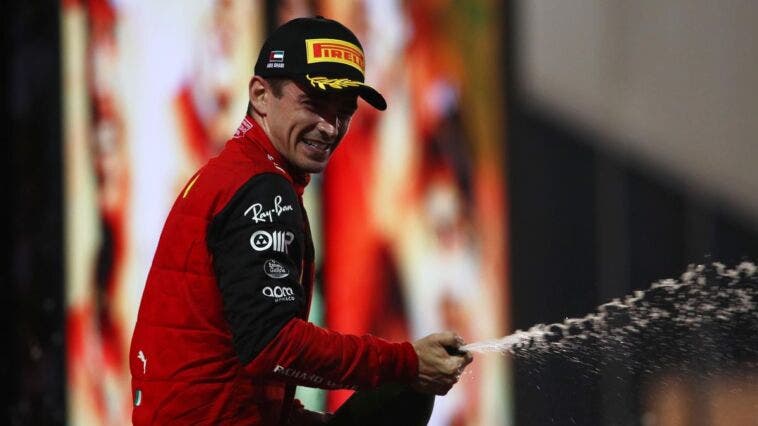 Sam Bird: “Leclerc? Everyone wants to be in the team, he’s the best”

F1 – Ferrari vs Mercedes: the balance is Mick Schumacher

Leclerc and the first time he wore a Ferrari suit: “My dream as a child. I thought of my father”

F1, the decline of Ferrari in comparison between 2 Carlis: ruthless statistics

the past comes back and makes fans dream

Formula 1, a new couple for 2023: watch out for Alpine and McLaren

Cupra: road trip in Lapland and Formentor and Born