In 2022, the Peugeot 208 was the best-selling car in France. With 88,821 units sold throughout the year, it beats its competitors Dacia Sandero and Renault Clio. For the first time, the zero-emission city car Lion is also leading the sales of electric vehicles.

Peugeot is celebrating in 2022. The French manufacturer has achieved a near slam from a sales point of view. 208 finished on top of the passenger car market with 88,821 units sold (+1%). That’s more than 24,000 units more than its direct competitor, the Renault Clio. The latter takes third place in the ranking, behind its cousin, Dacia Sandero (64,295). An unprecedented position for a city car and a diamond that has been used for the first two positions for decades. Peugeot also takes the top step of the podium for electric cars with the e-208. Only the utility market escaped dominance by the Sochaux builder, to the benefit of its competitor Renault. In total for the twelve months of the previous year, Peugeot is the favorite brand of the French with 16% market share and 245,616 vehicles sold.

Until then neck and neck with the Renault Clio, the Peugeot 208 dominated its competitor in 2022. Looking at the statistics, sales of the city car and lion are the same as those of 2021 (88,057 in 2021 compared to 88,821 in 2022). So what happened? Are competing models not developed? Renault Clio shows a 25% drop in sales compared to 2021 with a total of 64,033 copies sold. He was torpedoed by his cousin, but nevertheless a rival, the Dacia Sandero. However, the Romanian city car also saw its sales drop by 17% (64,294 units sold) compared to 2021. Slightly disappointingly, Peugeot is only the third brand sold to individuals behind Renault and Dacia.

Peugeot’s leader in the electric market

The key to success for Peugeot in 2022? Let’s start with the best rental deals. Since the start of the school year in September, the French manufacturer has been offering rent from €208 per month for its e-208 finish As. This rental offer can go down to €150 per month depending on eligibility up to a conversion bonus with Like and Active completion*. More than bite-sized deals, the Sochaux company also offers accurate delivery times despite the current difficulties. Count on a month or two for the heated version of the 208. You’ll have to wait a little longer, between March and May, to get the electric version.

The success of Peugeot 208 and e-208 should not stop on a good track thanks to strong news. Starting production in February 2023, the electric version of the city car will change thanks to a new 156 hp engine supplied by eMotors and a more efficient battery that provides 400 kilometers of autonomy. next summer, The 208 range will be enriched with the arrival of the 208 Hybrid 100 and then the Hybrid 136 in November. These versions will have the new third generation 1.2 PureTech engine associated with the Punch Powertrain electric transmission. Finally, to wrap it up, the city car will go through the tuning box in November.

The position of sales of electric cars in France in 2022

Ranking of the French’s favorite brands in 2022

Opel Crossland for 189 euros per month with financing

big news with the arrival of the new Dacia Duster, Toyota C-HR, Peugeot 3008 and Volkswagen Tiguan.

big news with the arrival of the new Dacia Duster, Toyota C-HR, Peugeot 3008 and Volkswagen Tiguan.

Dacia adds an Extreme version to its Spring, not that extreme 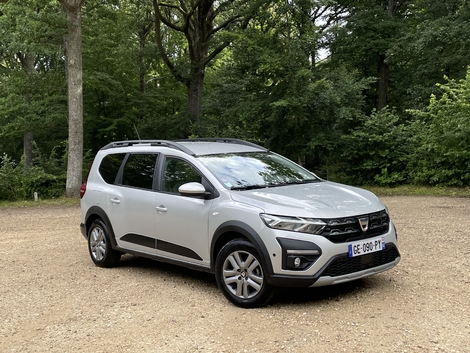 Video Comparison – Dacia Jogger vs Dacia Duster: What is Dacia for the family?