Solido sold the new version of the Porsche 911 Turbo 3.6 type 964 in a small scale and in a scale of 1:18 at the end of 2022. After different shades including the black version of the film Bad Boys, the Porsche 964 Turbo is available in a limited series in colors of logo: Ruby red (Stern Rubin in German). Go to an Alsatian vineyard to discover this style and its special configuration.

Porsche 911 Turbo 3.6 value configuration
This generation of the Porsche 911 turbo is one of the most sought after, especially with the 3.6-liter engine developing 360 hp, succeeding the 3.3-liter Flat 6 that appeared in the 930 generation and producing 320 hp.

This generation of 911 had its heyday on the big screen through the movie Bad Boys released in 1995, with a black version of 1993 and carrying a French registration on the front. 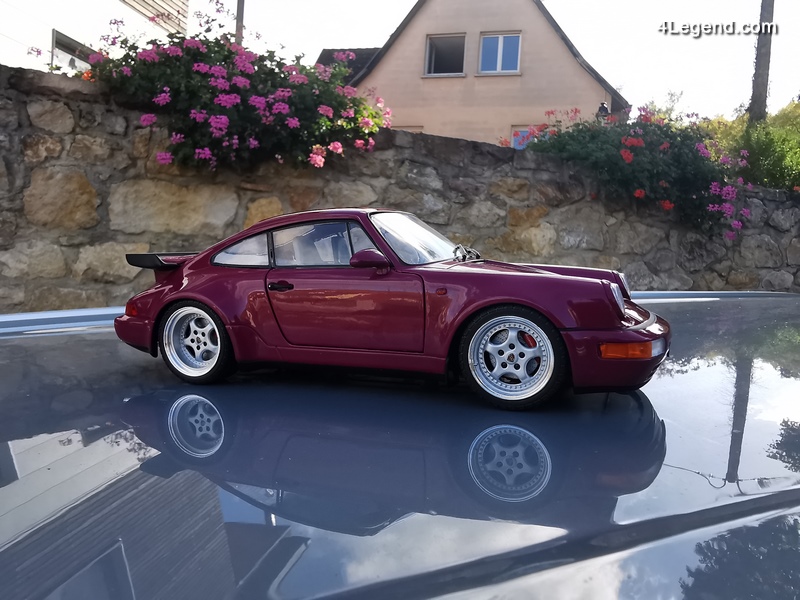 Based on the existing mould, this new 911 Turbo opus is now offered in a unique combination that combines two perfectly complementary shades: red for the bodywork and creamy white.

As for all productions of the French manufacturer Solido, the miniature is made of metal with openings at the level of the doors. The steering is also functional, allowing you to turn the wheels and choose the best configuration for its display or placement in the diorama. The superb 18-inch two-piece aluminum rims are fully machined, revealing red calipers with Porsche lettering as well as brake discs that give the illusion of being perforated. Note the presence of the Porsche logo in the middle of them, well done.

The lower side is not forgotten with the plastic reproduction of the lower engine and exhaust. At the rear, the spoiler typical of the Turbo models is nicely rendered with a black outline that mimics the rubber part of the previous model. It is also perforated like the real one which brings the best realism to reproduction. 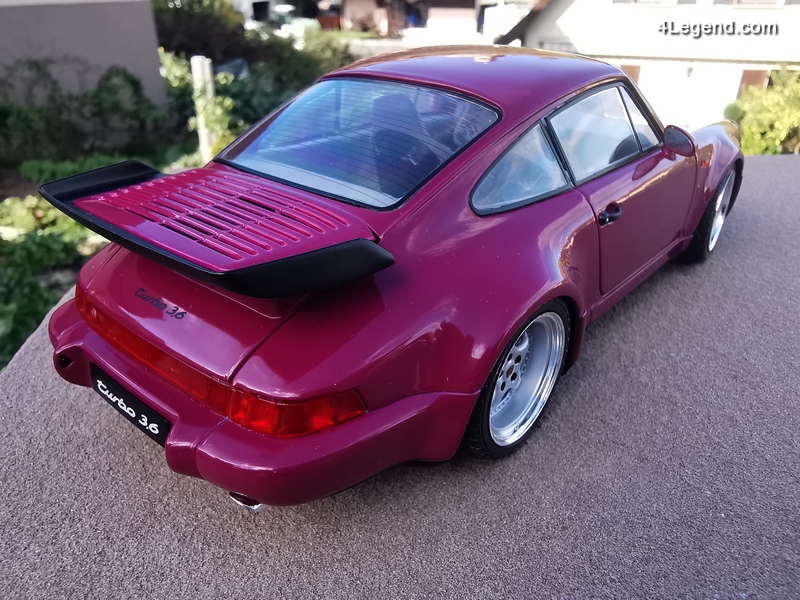 Looking at the rear of this 964 Turbo, many details have not been overlooked such as the black 3.6 turbo lettering, the taillights that offer 3D projection as well as the rear poster that includes the Porsche lettering. License plate lights are there even if they are not visible at first glance.

This pursuit of detail on the part of Solido is also found in various added plastic parts such as door handles and wipers. By opening the doors, the passenger compartment is revealed in a very light atmosphere featuring various black elements such as speakers, 5 round counters that are well-rendered, various buttons such as window lifts, pedals, center mirror.

RS bucket seats equip this version with a black back. On the outside, the curves of one of the greatest automotive icons are succinctly matched by the graceful curve of the front wings completed by the beautiful replicas of the mirrored headlights.

This new Solido model is a real success in this configuration worthy of a model developed by Porsche Exclusive Manufaktur. The quality is back and the eve of the end of the year celebrations will be a natural gift at a good price. A little detail
In this miniature, the preserved detail is at the level of the front bumper and especially on the lights that connect the turn signal and the front fog light. The work done on transparency allows you to see inside the lamp and even the light bulb. For this type of consumer miniatures is absolutely amazing. Availability and pricing
Sold in autumn 2022 at specialist retailers, in certain toy shops and supermarkets under the reference S1803406, the Solido 1:18 scale model of the Porsche 964 Turbo 3.6 is offered at a suggested price of 49.95 euros. This model is available in a limited edition with no number, specifically via the link below: 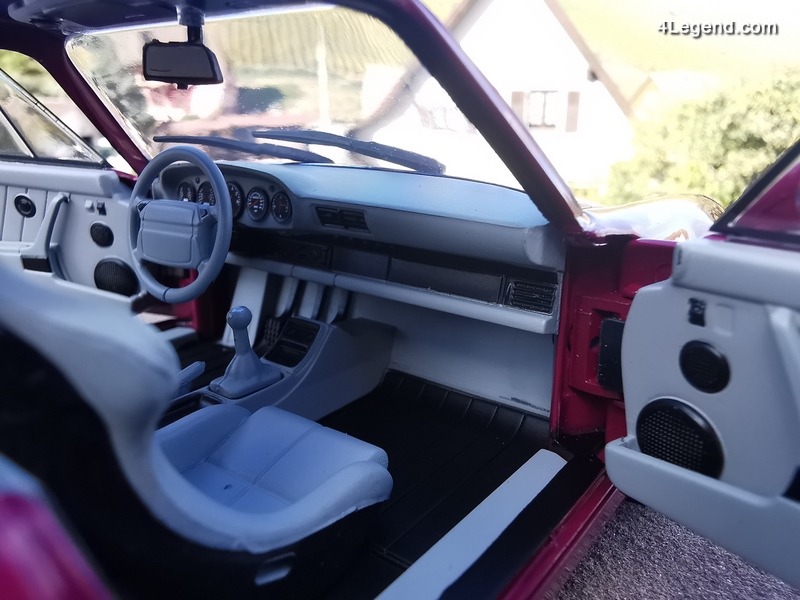 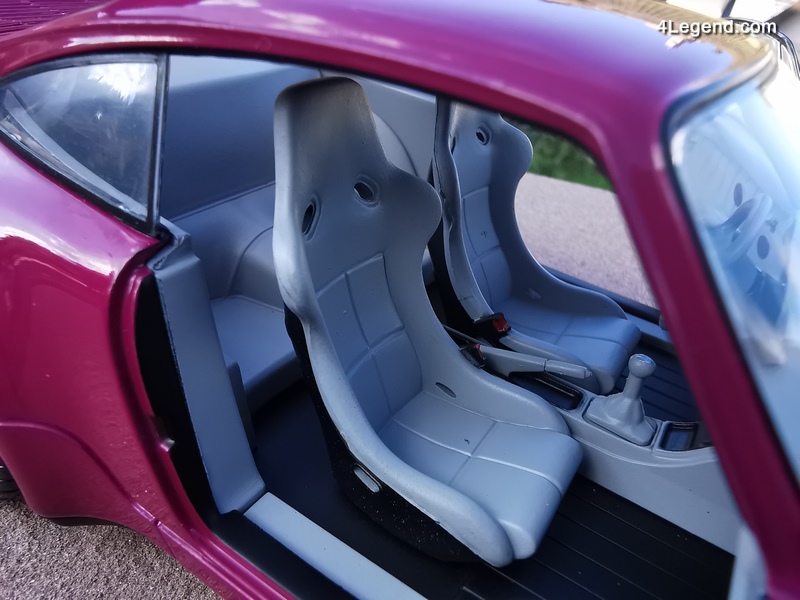 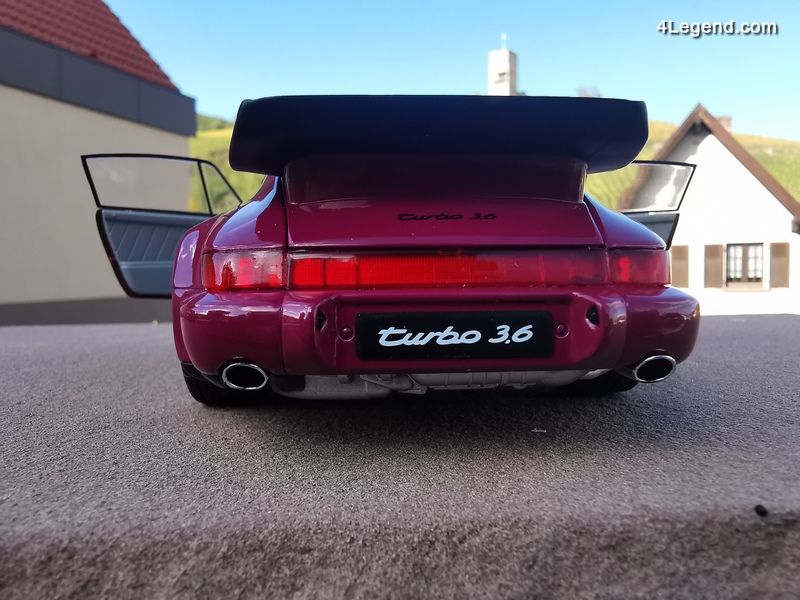 At the Mathieu Lustrerie, this exhibition brings back the 60-year career of the Porsche 911.

Theon Design presents a modification to the Porsche 964

One of the best Porsche collections in the world: here are the details